Fundraiser for Bridges for Women 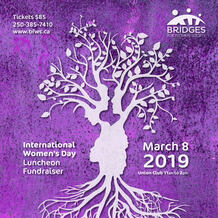 ​On March 8, 2019, I organized the Bridges for Women annual fundraising luncheon that raised $25,000 for trauma survivors and to end violence against women. Attracting over 200 attendees, this fundraising event brings inspiring keynote speakers and networks together for the empowerment of women.

Bridges for Women Society is an innovative, heart-centered agency inspiring women impacted by abuse, violence and trauma to reclaim their lives and reach economic security for themselves, their family and community. As a charitable, non-profit agency, we exist to inspire women to break the cycle of violence and poverty through healing programs that are life changing. At Bridges, women reclaim their lives from violence and build independence through employment, educational success and a community of support. 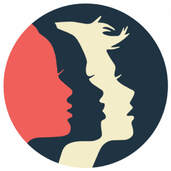 ​In 2018, I founded the Women's March Victoria Chapter as a grassroots organization to that is active throughout the year to serve the Victoria community with social justice events and initiatives. Under my leadership, we organized the Women’s March in January 2018, collaborated and helped with The Stolen Sisters March in February, International Women's Day Festival in March, and the March for Science on April 14, 2018. We published the digital Anthology of Social Justice, Decolonization and Intersectional Feminisms, and the Women in Business Guide, and organized the Women's March Symposium in July 2018. We organized the 2019 Women's March and published Women in Politics Guide.

Fundraiser for the Canadian Council for Refugees (CCR) 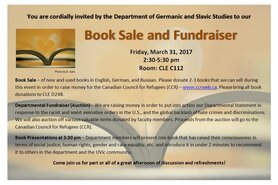 ​In January 2017, my Department of Germanic and Slavic Studies at the University of Victoria put out a Statement against discrimination, hate-crimes and racism that escalated in response to the U.S. Executive Orders that infringed on human rights.

In February 2017, I proposed a fundraising initiative to put our words and statements into action. By collaborating with the Intercultural Association of Victoria (ICA), I came up with an Action Plan to fundraise for the Canadian Council for Refugees (CCR) in support of their family reunification campaign.

In March 2017, I organized a Book Sale and Fundraiser at UVic. We raised $900 for the CCR, which will go towards reuniting refugee families that have been separated from each other while fleeing their countries! 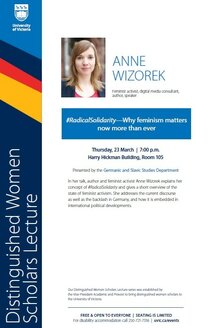 ​After reading Anne Wizorek’s book Because an #Outcry is Not Enough (2014), I knew I had to bring her to Victoria for a talk. As a cultural analyst, I work on cities, culture, and media, and I understood the impact Anne’s work had on German culture and on global feminism. It took me over a year of fundraising. I made PowerPoints, translated passages from her book, wrote blog posts, articles, and published interviews with her. We met last summer in Berlin and recorded two podcasts together (in English and in German) where we talked about the state of feminism in Germany and in Canada. And she provided a lot of very helpful feedback and sources for a course I designed on German Gender and Media.

​Fundraising can be a frustrating thing when you have to learn by doing, and you meet with very binary responses. On the one hand, people asked me “why should we support your efforts to bring a white German woman from Berlin to talk to us about sexism in the world? Don’t we have enough of our own people here to have that conversation?” But on the other hand, I met with people and colleagues who understood right away why bringing Anne to Victoria was important.

After the global wave of hate crimes and discrimination that were ignited by the U.S. Executive Orders, we needed conversations about solidarity and intersectional feminism. For a long time now, watching the news has left many of us with an overwhelming sense of hopelessness and despair, as human rights continue to be violated, infringed upon, and disrespected. I wanted to bring Anne Wizorek to Victoria to have a conversation about Radical Solidarity because as an activist, she has mobilized, organized, and created new platforms for conversations about social justice. With technological tools that we all have access to, she managed to initiate and sustain a national and international conversation about what intersectional feminism is, why we all need it, and what political and social repercussions we all experience when we ignore intersectionality.
​
I wanted to bring Anne to Victoria to inspire all of us to positive action and solidarity, at a time when inaction and ignorance have become increasingly dangerous. Finally, I wanted to bring her to Victoria because she has skills and talents that I wanted to learn, and I wanted my students to learn, as they complete their course requirements and enter the workforce, and begin to make a difference in the world.