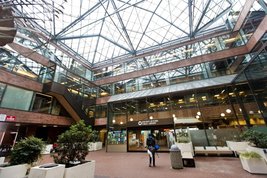 The Greater Victoria Public Library (GVPL) asked me to design, organize, and moderate a public lecture and discussion series on Gender and Feminism for 2017-18. 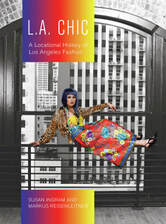 I assisted Susan Ingram and Markus Reisenleitner with the peer review and editing of the fourth volume in the Urban Chic book series that focused on fashion, film and culture of Los Angeles. L.A. Chic connects the city and fashion with urban theory.

Exhibition - Museum of Vancouver - Fashion Avant-Garde Now and Then (2015) 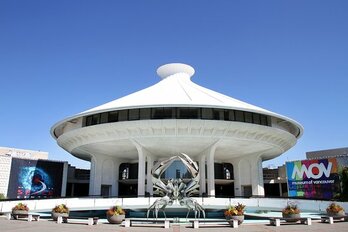 In conjunction with the Fashion Symposium I organized at the Museum of Vancouver in November 2015, I was hired to to conceptualize, budget, and organize a fashion event showcasing contemporary Vancouver designers in various fashion fields (haute couture, Indigenous fashion, wearable art, fashion and technology, eco fashion, wearables, etc.) and juxtaposing their cutting edge designs with historical pieces from the museum's and private fashion collections. This juxtaposition allowed both fashion experts and the general public both a broad and a deep perspective on fashion.
For this project, I researched and collaborated with several Vancouver designers, as well as fashion historians and collectors. 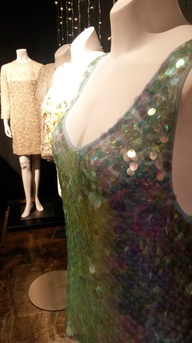 I was commissioned by the Musée du costume et du textile du Québec to submit a proposal for a virtual exhibition on the history of Canadian fashion. I proposed a virtual exhibition that spans both chronological and geographical history of Canadian fashion, and serves a pedagogical purpose to educate its audiences about the cultural history of clothing and fashion, as well as the intersections between fashion history, culture, economics, social history, gender, race, politics, aesthetics, and entertainment. It is also the first and only comprehensive study and presentation of Canadian fashion that transcends provincial, urban, linguistic, and cultural barriers.

The exhibition aims to represent the diversity and creativity of fashion produced in Canada, to trace the developments of trends, styles, and influences, as well as to inspire an understanding and appreciation of Canadian-made design. It aims to reach global audiences who may be unaware of Canada’s vibrant and rich fashion history and to provide wider accessibility to knowledge for national and international audiences. Fashion has often been neglected as cultural heritage and remains unexplored, under-researched, and under-represented in Canadian history, both culturally and socio-economically.

To commemorate Canada’s 150th anniversary, I proposed a virtual exhibition of Canada’s least explored heritage, cultural commodity, creative industry, and simultaneously its most vibrant cultural resource. Canadian fashion is more than the clothes we make, buy, wear, or collect. It is at the core of our economic, labour, and gender history with the transatlantic fur trade, immigrant labourers of the manufacturing industries, and the institutionalization of labour equity laws. It is also at the core of our cultural heritage, intersecting the lines between art, music, cinema, television, and technology. This project is unprecedented and innovative in its aim to gather extensive research data on Canadian fashion, and present it in an open-access, widely accessible, and pedagogically vigorous and dynamic form. 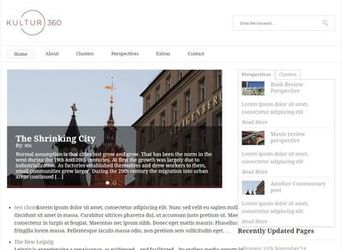 I was invited by a scholarly network based at York University in Toronto and Waterloo University to consult on and contribute to a German cultural web platform entitled Kultur360. My contribution included conceptualization, management of the site, web-design, layout, and content.

Based on my experience with web design and cultural analysis work on my blog, Suites Culturelles, I provided input of ideas, strategic planning, and project management.
​
The group of contributors met for extensive workshops and collaborations in Toronto and in Waterloo in 2013. 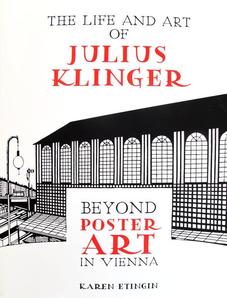 Karen Etingin, a vintage poster expert and gallery owner in Montreal, hired me to help her with the research on the Viennese poster designer Julius Klinger. Implementing my research skills and networks established from my previous research and book projects for Berliner Chic and Wiener Chic, I traced Klinger's art works, theoretical texts, and publications, as well as rare pieces of information about his personal life, little of which is known because Klinger perished in the Holocaust and his personal belongings were destroyed during the war. While extremely influential in the history of advertising, Klinger is little known, except for two exhibitions, curated by Anita Kühnel in Berlin, and by Peter Klinger (no relation) in Vienna. The exhibition catalogue from the Berlin Art Library is the only existing publication on his work to date. This book will be an important contribution to advertising and graphic design history, as well as cultural studies.

Research conducted in Vienna and Berlin, including translation of original documents and exhibition catalogues. Editing of the finished manuscript. 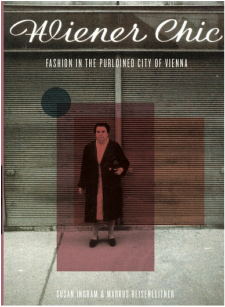 I assisted Susan Ingram and Markus Reisenleitner with the research on the second volume of the Urban Chic book series that focused on fashion culture of Vienna. I conducted extensive research over six weeks in Vienna, examining various fashion collections in the local museums and local exhibitions, interviewing designers and fashion journalists, and meeting with various fashion professionals to map out the local fashion institutions, organizations, industries, and funding structures. I also conducted research at the Austrian Film Archive.

Wiener Chic is the first book that connects Vienna and fashion with urban theory. It draws on material that is virtually unknown in an English-language context to give readers an insider’s vantage point on an underappreciated European fashion capital. By focusing on fashion, Wiener Chic narrates Vienna’s history through an interpretation of the material dimensions of Viennese cultural life—from architecture to arts festivals to the urban fabric of street chic.