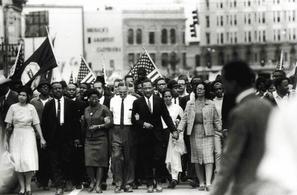 I am editing a volume on Social Justice Pedagogies that includes a great selection of exceptionally strong and innovative chapters that together will be an important contribution to Humanities and Social Sciences. 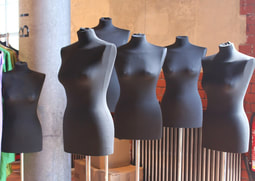 This collection of essays is the first study to emerge from the collaborations and research by the members of Canadian Fashion Scholars Network (founded in 2014) and other international fashion scholars. When we approach a research field such as ethical fashion and empowerment, we have to be ready to tackle and accept oxymorons and paradoxes. When I sent out the call for proposals for this volume, I specifically invited submission for “solution-based, ethical, and sustainable fashion practices, consumption, consciousness-raising change in the industry, Indigenous fashion, social justice activism, and empowerment.” From the start, I opened up the format of the submissions to include not only research essays as in most scholarly collections, but also photo essays with more personal reflections, in the hope that it would open up the possibilities of findings, and a diversity of non-verbal expressions contemplating this oxymoron. The case studies collected in this volume are all testaments of the authors’ courage to tackle the many oxymorons and paradoxes that comprise the globalized fashion industry and fashion ethics today. 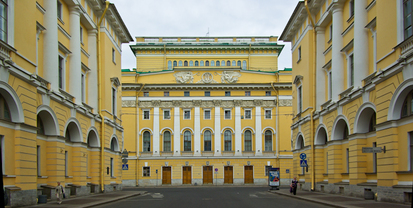 This is a new book project I've been working on while teaching as a sessional instructor in the Department of Germanic and Slavic Studies at the University of Victoria. I completed a research trip to St. Petersburg to find primary sources and images of the city's theatres, performances, and cultural history.

I founded the Canadian Fashion Scholars Network in 2014 to help develop the field of Fashion Studies in Canada and to facilitate an easier platform (both virtual and through annual meetings and events) to network and collaborate with fashion historians, researchers, collectors, curators, professionals, designers, innovators, and the fashion press. This initiative grew out of my own research on fashion culture in Montreal and Canada and not finding anything like this. 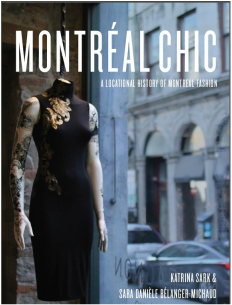 After co-authoring Berliner Chic (2011) and assisting with the research on Wiener Chic (2013) I completed the third book in the series, on Montreal fashion culture - the first in the series that focuses on Canadian fashion history and culture. Just as the other two books, published by the British publishing house, Intellect, Montréal Chic outlines the intersections of fashion and other cultural fields, such as film, music, museums, and the contemporary fashion scene in Montreal, and provides a well-researched view into the urban culture of Montreal. Simultaneously, the study attempts to call for a re-conceptualization of traditional value systems that privilege the fashion industry (which in the case of Montreal and other former manufacturing capitals has deteriorated in the course of globalization and creative economies) over fashion culture.

In this third volume, I focused specifically on gender issues, the roles of women in fashion production, consumption, and exhibition, women’s labour, as well as gay, lesbian, and transgendered representations in film, media, fashion and culture. It was important to me not only to expand the field of Canadian Fashion Studies, but to focus on gender issues and representations within Urban Cultural Studies as well. Both the Berlin and Montreal volumes are dedicated to the women of Berlin and of Montreal respectively because I was inspired by their hard work and dedication to telling the (untold and underrepresented) stories of their cities through fashion. 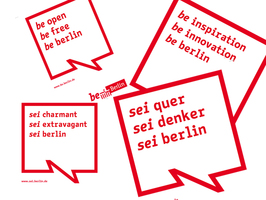 In my dissertation, I looked at the ways in which the urban marketing campaign "be Berlin" shaped and affected not only the public and international image and identity of Berlin, but also its cultural policy. By focusing on Berlin's post-Wall cultural production (of literature, art, architecture, music, film, fashion, and documentary films) I examined the emergence of a new type of nostalgia (different from the hitherto dominant Ostalgie and Westalgie - nostalgias for the former East and West - as it became increasingly apparent in recent Berlin documentary films. Together these dialectical forces (forwards and backwards) make up what is the New Berlin today. By developing an interdisciplinary approach rooted in cultural analysis, I was able to trace and map out the major transformations in the city's topography, politics, urban branding, and culture. For more details please visit my dissertation website. 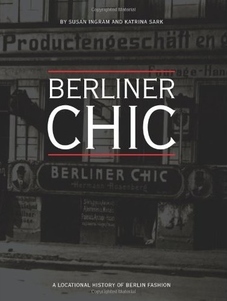 This is the first volume in the Urban Chic Book Series published by Intellect Press.
It explores the intersections of different cultural streams, such as music, film, photography, museums, and their interplay with fashion, thus presenting the city and its production from a new, interdisciplinary, cultural and historical perspective. It began with my attempts to trace a prematurely dismantled exhibition, entitled "Berliner Chic," curated by Christine Waidenschlager, which was meant to mark the beginnings of a fashion museum in Berlin in 2005.


My search led me to the fashion archives and warehouse of the Berlin Stadtmuseum, where I uncovered, amongst the vast collections of the museum and the former GDR Fashion Institut, the hitherto under-represented, undocumented, and untold stories of Berlin's fashion history and fashion culture.   This book is dedicated to the women of Berlin who have worked hard over the centuries to produce, preserve, collect, and display the history of Berlin's fashion.